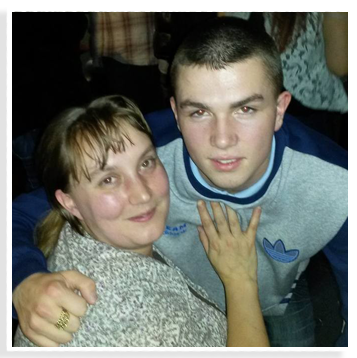 Grieving mother Rachel Docherty is backing a Christmas drink/drug driving campaign after losing her own teenage son in a devastating car smash earlier this year.

The road safety group is urging people to leave their car keys at home if going out drinking this festive period, and to plan lifts home. Police are also warning that patrols are being stepped up and any motorists found to be driving under the influence will face the courts.

James, known affectionately as Jamesey Boy to his family, had just enjoyed his first ever night out in Newcastle city centre and was making his way home to Gateshead as a passenger in his friend’s car.

However, he never made it back.

His friend Tyrone Quinn lost control of the BMW, causing it to clip the curb and flip, before landing on its roof near Askew Road in Gateshead, near the Redheugh Bridge. James suffered massive head injuries and died at the scene.

“I will never forget the moment the police knocked on the door to tell me James had died – life changed at that moment,” said Rachel, from Felling, Gateshead. “I couldn’t breathe. I didn’t want to accept it was true.”

She added: “James looked lovely before he went out that night, all dressed up, and I remember feeling really proud. Now I just feel pain. 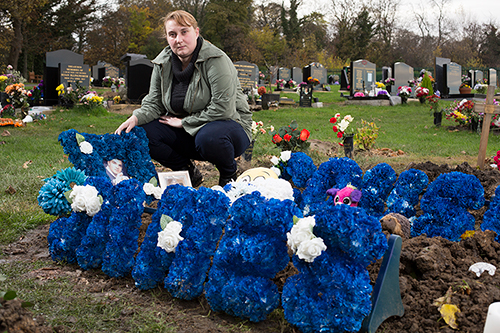 “If you are thinking of drinking or taking drugs and then getting behind the wheel of a car – think again. You may have done it before and been fine, but it only takes once. No mother should have to bury their child. James should have turned 18 in September, but instead of celebrating we visited the cemetery. It’s been devastating.”

Rachel, 33, is backing RSGB NE’s drink/drug driving campaign, which is backed by Police and fire services from across the region. It is launching at Newcastle College today (Wed 30 November). Rachel will be with road safety officers and police officers from Northumbria Police, talking to students about the dangers of driving under the influence.

She added: “James was 17 and had his whole life ahead of him. He was the eldest of five children, with younger brothers and sisters he doted on. His baby brother Thomas was just three months old and will never know him. That is so sad. He did not need to die that day.

“I don’t think I will ever be able to accept that he won’t walk through the door again.”

Quinn, 20, also of Felling, Gateshead, was jailed for six years after pleading guilty to causing the death of James by dangerous driving while disqualified, causing death by driving while uninsured, driving with excess alcohol and being over the limit for drugs.

The court heard when he smashed the powerful BMW he had been drinking alcohol and was more than three times over the drug drive limit for cocaine.

None of the five occupants were wearing seatbelts. The car was picked up on CCTV being driven erratically and at speed on the lead up to the crash. You can view the CCTV footage here https://www.youtube.com/watch?v=kJDS1ddWA5U

Paul Watson, Chairman of RSGB NE, said: “It’s very easy to go out with the intention of only having one drink, but during the Christmas festivities there is a tendency to get carried away and that’s where accidents happen.

“We don’t want to stop people having a good time – we just want people to be safe. James’ story is tragic – his life lost and so many other lives ruined simply because one person thought he was a great driver, even when under the influence. He was proved very wrong. We hope people make better decisions than he did that night.”

Paul also reminded people that they can still be over the limit the next morning. It takes an average of one hour for a unit of alcohol to pass through the body, meaning a pint of beer will take almost two-and-a-half hours to wear off, as will a large glass of wine.

Northumbria Police Motor Patrols Chief Inspector Dave Guthrie said: “Drink and drug-driving destroys lives and James Docherty’s family have been torn apart because of an incident that should never be allowed to happen.

“In December we know people are more likely to try and take a chance and get behind the wheel. They may have been at a Christmas party or be enjoying the festive period and think that a couple of drinks won’t affect their ability to drive. Those people are wrong.

“Our Operation Dragoon team will be joined by motor patrols and response officers across the force this month to catch those who take that chance and put them before the court before they cause a collision that claims another life.”

Jon Ridley, Assistant Principal at Newcastle College, said: “Road safety is a crucial issue to raise awareness with young people, especially in the run up to the Christmas break. We value the importance of campaigns such as this and as we have a large number of young people at Newcastle College we welcome Road Safety GB on campus to speak to our students.”

Casualties across the North East resulting from collisions involving drink and drug drivers from 2011 to 2015, inclusive: