Youngsters are urging people to take better care on the roads after the latest figures showed that more than 2,600 children were injured or killed on North East roads in the past five years.

They are urging drivers to slow down and to drive below the limit, particularly in built-up and residential areas, to put phones out of sight, and to watch for people stepping out.

And the pupils have also called on youngsters to take extra care on the roads, urging them to stop, look, listen, and think before stepping out in a bid to reduce road casualties this summer.

Their call comes at a time when child casualty numbers typically increase through the middle of the year, between May and September, with numbers peaking in July, with half of children injured or killed being aged between 11 and 15.

“The safety of our pupils, and all children, is of paramount importance to us, so we regularly talk to them about road safety and encourage them to think about how they can best protect themselves and others,” said the headteacher.

“We were very keen to support the campaign and help spread some good advice. Our pupils were able to share their own experiences and road safety messages to raise awareness, so we very much hope they make people think and help to reduce casualty numbers on the roads.”

St Bede’s pupil Beth, ten, said: “Drivers should slow down when passing schools in case a child is crossing the road.”

Linthorpe Primary teacher, Paul Fussey, said: “We would like all drivers to put their mobile phones in the glove compartment and to drive with full awareness. Our pupils have some strong feelings and intelligent thoughts on road safety, so we were proud of them for sharing them and hope they help to reduce casualty figures on the roads.”

Linthorpe Primary pupil Lacey, ten, said: “Drivers shouldn’t use their phones while driving because it can be very dangerous. It can put lots of lives at risk.”

Owais, nine, from Linthorpe Primary, added: “If a driver is distracted by their phone, it could cause a car crash and seriously hurt them or the children.”

Peter Slater, Chair of RSGB NE, said in the five years to 2021, eight children were killed on the region’s roads. He said during that time there had been a 25 percent decrease in overall child casualties between 2017 and 2021, although the pandemic could have contributed to the drop, but there was no fall in the number of severe and fatal collisions.

In 2021, however, no children were killed on North East roads, and Peter said he was keen to see that continue.

“At this time of year, children and young people are out and about more and we typically see the number of collisions rise, where child pedestrians or cyclists are injured,” said Peter.

“Nobody goes out intending to injure a child, but it can so easily happen if you’re driving too fast or you’re distracted and not paying attention.

“The majority of collisions occur simply because either the child or the adult has not been looking properly.

“If you’re driving, slow down and be prepared for children stepping out. Remember, it can happen to you, and nobody wants that on their conscience.

“And if you’re a parent, talk to your children about road safety. It could just save their life.” 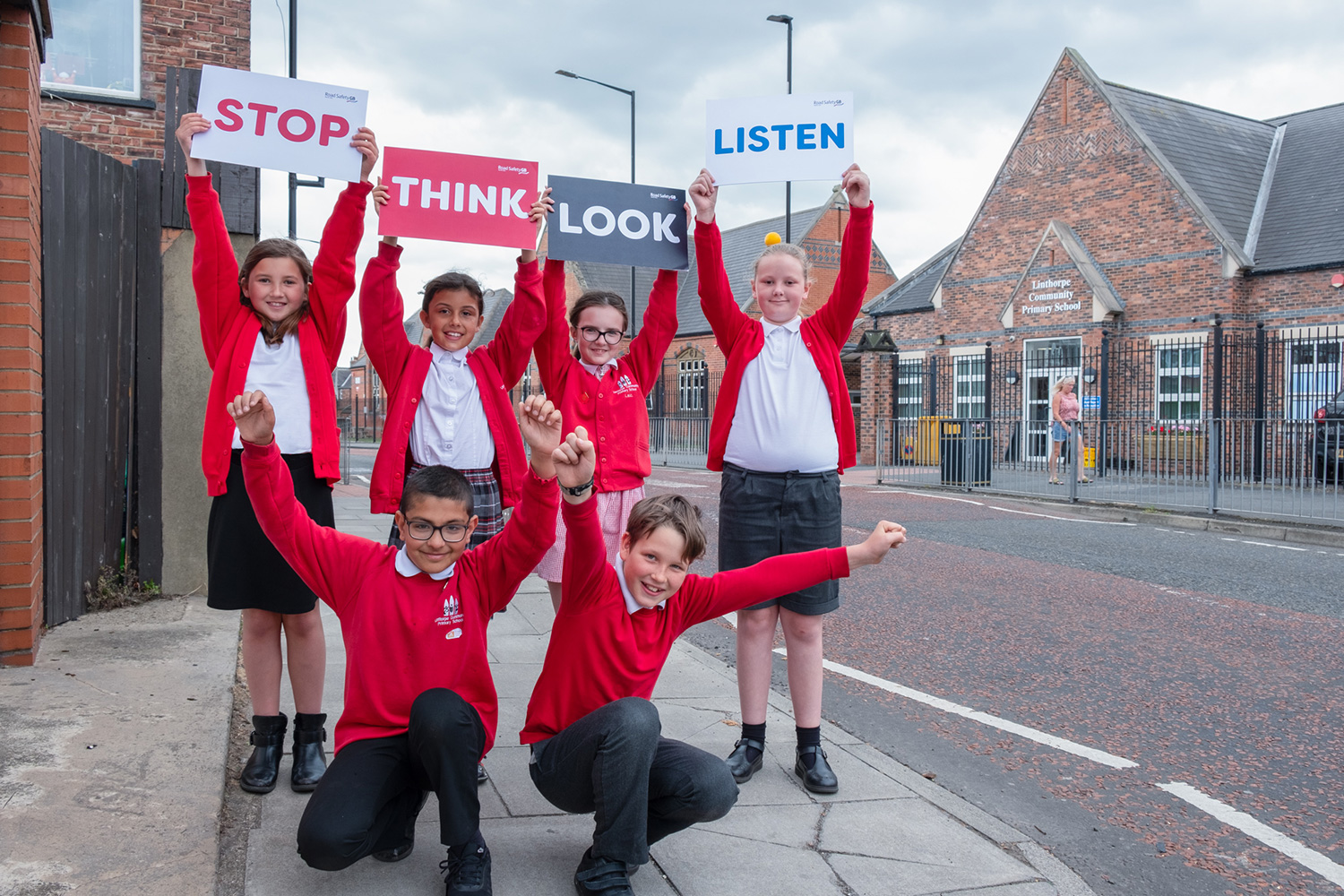 The latest figures from RSGB NE show that boys account for 62 percent of total child casualties in the region, but this majority is even more pronounced when it comes to fatal and serious injuries, where boys make up 70 percent of victims.

Older children are thought to be more at risk due to a number of factors, including being distracted by friends, looking at their phones, and simply running and stepping out without looking. Younger children are less at risk as they tend to be supervised by parents more.

He said: “When you’re driving, ask yourself ‘if a child steps out in front of me now, could I stop in time?’

“Remember, if you hit a pedestrian, they have a much greater chance of surviving if your speed is lower, so make sure you are driving below the limit and for the conditions.

Sergeant Steve Down, of the Durham Roads and Armed Policing Unit, said: “Speeding drivers increase the risk of causing a collision or injury and this risk is increased significantly near schools during peak times, where the number of vulnerable pedestrians is higher. We support all initiatives that educate drivers to drive carefully.”

Sergeant Glen Robson, of Northumbria Police’s Operation Dragoon team, said: “Any death on our roads is a tragedy, but it is always even more poignant when it involves a child or young person.

“We all have a duty to take extra care on our roads, drive in accordance with the law and be aware of our surroundings at all times. By raising awareness and working together, we can help to continue to make the North East’s roads as safe as they possibly can be for everyone.”

The table below shows the annual rate of child casualties per 10,000 child population, by local authority, between 2017 and 2021. Middlesbrough has the highest rate, followed by Gateshead and Sunderland.