The region’s biggest football clubs have joined a road safety campaign to boot drink and drug driving out of Euro 2020.

Road Safety GB North East (RSGB NE) has been joined by police, fire and Middlesbrough, Newcastle and Sunderland football clubs to urge people not to get behind the wheel after drink or drugs during the football championships, which start on Friday (June 11).

Drink and drug driving typically increases during major sporting tournaments as people gather to watch the games over drinks. During Euro 2016, there was an increase in drink and drug driving injuries in the region, both on the day of and the day after England’s matches. On these days, drink/drug drive injuries increased from 6% to 8% of all injuries, and those resulting in death or serious injury rose from 8% to 19%.

However, with the pandemic impacting on people’s ability to party during the past 15 months, coupled with many of the games taking place on home soil at Wembley, the temptation to set up a party atmosphere – and increase alcohol consumption – is likely to be high. England’s first game of the tournament is on Sunday when they take on Croatia.

Between 2016 and 2020, there were 1,476 people injured in the north east in collisions involving a suspected impaired driver. Some 343 of those people were seriously injured and 29 were killed.

Last year alone, eight people died on the region’s roads in collisions involving drivers impaired by drink and drugs – the highest rate since 2014. This is despite traffic levels during the various lockdowns and the pandemic being much lower than usual.

Peter Slater, from Road Safety GB NE, which is made up of local authority road safety teams from across the region, supported by the emergency services, said: “We know people are looking forward to the Euros and have lots of plans to meet up with friends and family to watch the games,” said Peter.

“It’s been a long time coming and we don’t want to spoil the fun, but we’re asking people to be sensible. If you know you’re going to be drinking, plan your transport home beforehand, or be the designated driver. If you’re driving, stick to soft drinks. Ask yourself, could you live with it if you hurt or killed someone?

“And look out for each other. If you know someone has been drinking, don’t let them drive. Speak up – it could save a life.”

Middlesbrough FC midfielder Jonny Howson urged people to take it easy. He said: “I think we’re all really looking forward to Euro 2020, especially after the year we’ve had with the pandemic. I know everyone is going to get behind England, and we all hope we do well.

“But, if you’re planning to drink, do the right thing and make sure that you don’t drive. Walk, get a taxi, or a lift, but don’t get behind the wheel.”

Inspector Jamie Bell, from the Cleveland and Durham Specialist Operations Unit, said: “Our message remains the same all year round, getting behind the wheel whilst under the influence can be fatal.

“Of course, we want everyone to enjoy themselves, but whether you’re going to the pub to watch the football or heading to a friend’s house, please don’t take risks and plan your transport home.”

Young people are most at risk of being involved in drink/drug driving collisions, with 17 to 34-year-olds accounting for 52% of suspected drink drivers and 53% of casualties.

Superintendent Sam Rennison, of Northumbria Police, said officers would be taking robust action against anyone driving impaired this summer.

“Our message to fans is a simple one – don’t get behind the wheel of a car when you’ve been drinking or using drugs,” she said.

“Your reaction time slows down and it’s more difficult to focus on the road and drive in a safe manner. Road traffic collisions tear families apart and it’s crucial that people are aware of the potential consequences of driving over the limit prior to getting behind the wheel.”

Chair of Cleveland Strategic Road Safety Partnership Andy Corcoran said: “With the start of the delayed Euro 2020 tournament it’s worth a reminder to have a designated driver or leave the car at home.

“With many people socialising in gardens with friends and family, understanding the measures of alcohol is needed, including for driving the morning after. Hopefully the Euros will be a much-needed boost.”

Sunderland AFC Manager Lee Johnson said: “If you’re having a few drinks whilst watching the games, please remember to leave the car at home, and think about whether you’re still over the limit the following day.”

A Newcastle United spokesperson said: “For anyone heading out to watch the Euros and planning to have a drink, we join the road safety group in urging you to leave your car at home. Stay safe, keep others safe and help to make it a memorable tournament for all the right reasons.”

Globally, road traffic crashes are one of the leading causes of death among people aged between 15 and 29. Inexperience, speeding, distraction, drink/drug driving and failing to wear a seatbelt are behind many serious injuries and deaths of young people on the roads. 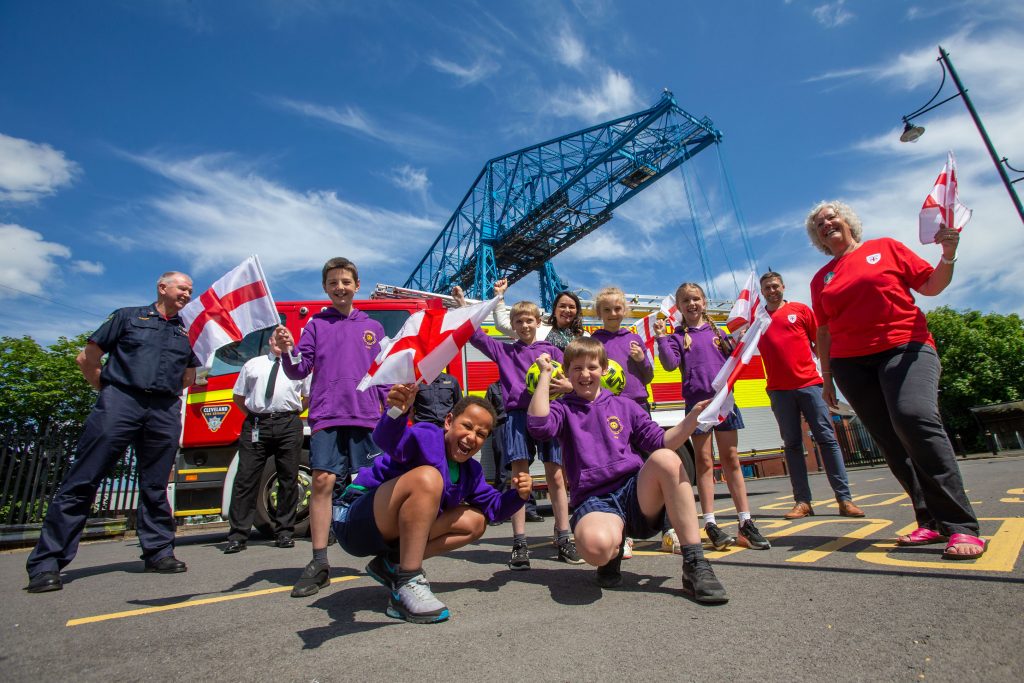