Grieving family warns against mixing drink and drugs with driving

The heartbroken family of a teenage girl who died at the hands of a drink and drug driver are throwing their support behind a road safety campaign to keep people safe this Christmas.

Fun-loving student Lucy Pinder was tragically killed after enjoying a day out at Flamingo Land with friends. Her family said, at that point, life changed for them, with happiness being a distant memory.

They are telling their story and backing Road Safety GB North East and the emergency services across the region as they launch their Christmas Drink/Drug Driving Campaign at Stockton Riverside College today (Nov 30) in the hope that people listen and avoid drink and drugs before getting behind the wheel. 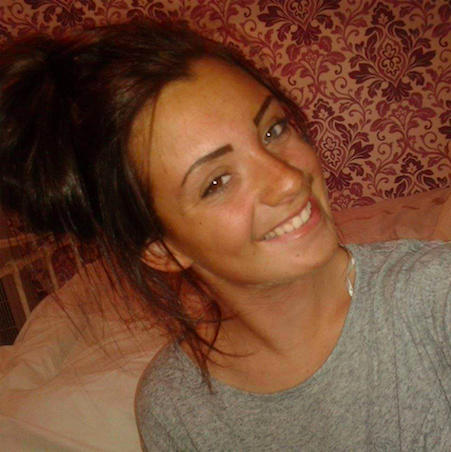 Lucy, 19, from Thornaby, a hairdressing student at Stockton Riverside College, was one of three passengers in the high-powered Mercedes that was being driven at speed by uninsured and unlicensed David Manning in June 2016.

Not long after leaving the North Yorkshire theme park, Manning sped around a right-hand bend, lost control of the vehicle and crashed into a tree and metal post. Lucy was not wearing a seatbelt and died at the scene.

“We are quite strong people but there is only so much you can take and none of us feel happy anymore.

“We are not the same people we used to be. Lucy was always laughing and having fun – she lit up the room when she walked in – and not having her anymore is so painful. I don’t think we will ever get over losing her. I’m really angry. Why did he think it was ok to drive? Why does anyone think they can drive safely after drink and drugs?”

Manning was arrested at the crash scene and later admitted causing death by dangerous driving. He was a disqualified driver and was one-and-a-half times over the alcohol limit. He had also taken cocaine before getting into the car. A car park attendant at Flamingo Land told York Crown Court during the hearing that he had never seen anyone drive away so quickly.

He was jailed for six-and-a-half years and banned from driving for 13 years and three months.

“I just wish that I could turn the clock back and talk to Lucy one more time,” said Gemma.

“I would tell her to always wear a seatbelt and to never get in a car with someone who has been drinking or taking drugs. I know she was a long way from home, and she probably felt she had no choice, but if she had called we would have found another way to get her home.

“I hope people listen and realise that drink and drug driving can kill. Drivers may not kill themselves, but they could kill someone else. Could they live with that?”

Lucy’s death is not the first heartache that the close-knit family have suffered. In 2009, her mum, Michelle who was the older sister of Gemma, died suddenly of a blood clot, leaving behind Lucy, aged just 12, her brother Jack, four, and her partner Neil.

As a result, Lucy spent even more time with her Aunt Gemma and her grandmother, Kathleen, and had just started to go out socialising with them when she died.

“Considering everything she had gone through, she was always happy and never showed how hurt she was,” added Gemma.

“She should still be with us today. The only comfort we have is that both Lucy and Michelle are reunited – buried together in the cemetery. It’s not the way that it should have been though.” 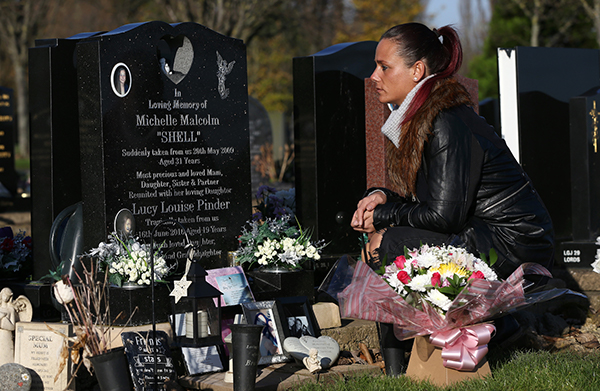 Gemma Malcolm is pictured at the graveside where Lucy has been buried with her mum Michelle.

Statistics show that men are much more likely to be involved in a drink/drug drive collision, than women, and the most at-risk group are those aged between 17 and 34.

Paul Watson, Chairman of RSGB NE, said: “Nobody can imagine the pain that is caused when a loved one loses their life in a road accident, particularly when that collision has happened due to a drink or drug driver. It could so easily have been prevented.

“I don’t believe anyone goes out with the intention to cause a fatal collision, but it could easily happen if you are under the influence.

“We want everyone to have a good time this Christmas, but either organise transport home, or make the decision to be the designated driver. It’s so easy to get carried away, so our advice is to stay off alcohol altogether if you plan to drive.”

Chief Inspector Graham Milne, from the Cleveland and Durham Specialist Operations Unit, said: “Many drivers who would not consider driving after a night in the pub fail to recognise the influence of alcohol on their body the next day, or simply choose to ignore its effects. Drivers need to take responsibility and use alternative means of transport after a heavy night drinking.

“Our officers have to pick up the pieces of families torn apart when a loved one is lost as a result of driving whilst impaired, or at the hands of somebody who is – and it is unacceptable to commit this offence, at any time of the year.

“Throughout December our officers will be carrying out random stop checks over the two counties. We will also be acting on intelligence and members of the public are encouraged to report drink or drug drivers on the anonymous Crimestoppers telephone number 0800 555 111.”

Julie Wilson, Student Services Manager at Stockton Riverside College, said: “This is such an important message for all young people. As a new or even as an experienced driver, it is all too easy to think that something like this will never happen to you, but if and when it does it can be devastating, not just for those directly involved, but all those left to live with the consequences.

“As a college, many of our students fall into the highest risk age group which is why we work closely with road safety campaigns and emergency services across the region throughout the year to help raise awareness.”

Casualties across the North East resulting from collisions involving drink and drug drivers from 2012 to 2016, inclusive: